Our pseudo-monthly dive into the non-metal albums that are locked into heavy rotation. 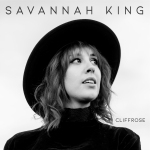 Savannah King – Cliffrose
It reads like the great American novel – young, talented musician hops in a camper van, leaves behind virtually everyone and everything in order to travel the back roads of America, while penning one of the best albums you’ll hear this year. It sounds almost too good to be true, except that’s exactly how it went down for singer/songwriter Savannah King. King, formerly based out of Buffalo, had established herself as an up-and-comer in the world of indie folk with a series of releases that showed a lot of promise and even more talent. King decided to hone her skills and songwriting chops in the most Kerouac/Steinbeck way possible and the end result is her newest full-length album, Cliffrose. To say that this is her best work to date would be a massive understatement, and not as a knock on her previous work either. On the contrary, what talent she showcased on previous releases has been amplified through a veil of indie folk-Americana that gleans with a level of beauty that she seems to reach with ease. The entire album feels like a family reunion of sorts. Each track shows up with its own distinct personality, its own stories to tell, yet feels right at home among its brethren. Tracks like “Nevermind” and “Confetti” showcase a distinct indie rock appeal while tracks like “Come To Peace With Yourself” and “God Was Good To You” showcase King’s more folksier roots. Congruently, King’s delivery waxes and wanes from silky smooth to heady and robust, sometimes all within the same song, directing your attention to every nuance. All told it’s a memorable trip with King across the wilds of America and Americana. Pack your bags, post haste.
https://www.savannahkingmusic.com/ 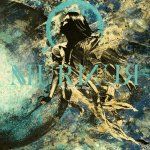 Murmur – The Boundless Black
There are several genres of music that get thrown around as a catch-all for a wide array of acts. Folk music might be the biggest culprit. Every act listed here has folk elements, but none of them sound remotely like Connecticut duo, Murmur. At their core, Murmur play contemplative, atmospheric, and emotive folk music that combine acoustic guitars and sparse instrumentation with phenomenal vocal harmonies. If you left it there, that description alone should be enough to make the musically curious give a listen. But Murmur is so much more than the sum of their parts, and so much darker as well. Truth be told, I almost broke my own rule about separating out metal and non-metal bands in these monthly review pieces. While from a purely sonic perspective there is very little here that you could call metal, there is enough danger and aural mysticism here that the metalhead in me is immediately drawn to Murmur’s brand of folksy darkness. Imagine Wes Anderson or Sean Baker making a psychological thriller and needing a corresponding soundtrack and you might get a close approximation as to what Murmur has delivered on The Boundless Black. It’s an album that is the epitome of alternating light and darkness. There’s something dangerous constantly lurking just below the surface, while above it angelic voices weave rich and beautiful tapestries. This thin membrane between the two worlds, the transparent veil that separates us from our worst fears is inherently and generously branded into each track. It makes for an album that is both elegant and foreboding at every turn. Fans of neo/dark folk (and metal bands like Ulver who have gone the dark folk route on recent releases) should find a lot to love here.
https://summonmurmur.bandcamp.com/ 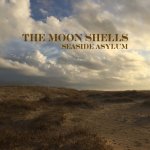 The Moon Shells – Seaside Asylum
There’s nothing better than a band coming out of seemingly nowhere to drop an album that you instantly become addicted to (or in the case of Connecticut’s The Moon Shells two albums in one month). The three members of The Moon Shells have showed up in various, talented acts across the Connecticut music scene for quite some time, but sometimes it’s the right combination of talents that rockets the collective creativity to the moon and back. (Pun intended.) Mixing eloquent harmonies with an ‘old-timey’ aesthetic, this trio of musicians is able to paint wondrous portraits and transport the listen to a simpler place where just a stroll on the beach, or a sit down on a grassy hill is time well spent. Banjo and fiddles abound as The Moon Shells work their way down the dusty paths and across the sandy shores of American music history, leaving their own original take on it along the way. It’s music that both soothes and inspires. Armchair music historians and fans of varying forms of folk music that dates back as far as The Great War (and even further) would be wise to grab a pair of headphones, head to their favorite spot within the wilds of nature, and spend some time with The Moon Shells.
https://www.themoonshells.com/seaside-asylum