Our (pseudo) monthly look at some of the recent metal releases that have been in semi-constant rotation in the Metal Dad household.

Witchfinder – Hazy Rites
Sometimes you just need an album to engulf you in heaviness. You just need a proverbial gut punch from a band that’s willing to deliver it with an iron fist. French trio, Witchfinder, don’t mince their sound. This is about as pure a sonic bludgeoning as you are going to get these days when it comes to doom metal. Meaty, sludgy riffs abound and there’s enough fuzzed out, low-end bombast to blow your speakers. From the get-go Hazy Rites wraps you up like a led blanket and you can feel yourself just swimming in the heaviness of it all, struggling for air in the best possible way. For doom traditionalists and stoner rock fans alike this album is the meat and potatoes of a sonic meal they’ve been craving for some time and probably didn’t even realize it.
https://witchfinder.bandcamp.com/album/hazy-rites

Suspiral – Chasm
It’s been three years since Spain’s Susprial blessed us with an unholy slab of sonic destruction, and yet the taste their previous efforts left still lingers on the tongue. 2016’s Delve Into The Mysteries of Transcendence was a masterwork of blackened mayhem, and easily one of the best black metal releases of the year. What to do for an encore? How about ratchet the mayhem up a couple notches while simultaneously penning some of your most dynamic and addictive work to date. Let’s be clear that Chasm, and really all of Suspiral’s work, is not for the faint of heart. It’s abrasive musical blasphemy that even in their most clear-headed moments gives birth to something akin to the sound of a runaway train barreling towards the apocalypse, the screams of a million doomed passengers howling into the night. But for those looking for something more extreme, more spiritual, than the average black metal record you’ve come to the right place.
https://suspiral.bandcamp.com/

Waldgeflüster – Mondscheinsonaten
Germany’s Waldgeflüster has been putting out quality material for just over a decade now, but 2016’s Ruinen was a damn revelation, an album that easily sat entrenched on my own personal year-end list and one that threw down the gauntlet for everything to come after it. Challenge accepted and answered. ‘Epic’ is probably the most overused word in the English language to describe metal bands, and yet here I sit coming back to it as a truly fitting descriptor for Waldgeflüster‘s newest release, Mondscheinsonaten. While this band has always been the masters of atmospheric black metal (or perhaps blackened post-metal?) this album is a cavalcade of esoteric movements wrapped in an icy shroud of beautiful cacophony. It’s a call into the darkness on a swirling winter evening, a beacon for the weary traveler in all of us looking for a taste of what the end might hold. It’s a captivating record, equal parts empowering and depressive. It’s almost cinematic in its delivery and like a poignant film it’s both challenging and extremely hard to turn away from, the end result completely soul-touching. Fans who have ever used the word ‘epic’ to describe one of their favorite metal records, even to themselves, should give this one a spin or two.
https://blackmetalwaldgefluester.bandcamp.com/ 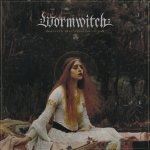 Wormwitch – Heaven That Dwells Within
Sometimes when a band attempts to marry several genres of metal into one cohesive sound it winds up being a hot mess. But when the union is done right, when it’s honed and perfected over time, it becomes something wholly worthwhile. Take the newest album from Canada’s Wormwitch. Heaven That Dwells Within is the perfect amalgamation of various corners of the metal pantheon rolled into one brilliantly conceived collection. There’s traditional metal at play, both death and black metal are scattered everywhere, and even folk metal elements make an appearance. Songs range from triumphant gallops through a sonic battlefield to frostbitten brutality to atmospheric interludes, sometimes all within a single track. It’s an intriguing jaunt from start to finish and at no point does any of it feel contrived. Wormwitch have penned an album that fans of any of the aforementioned genres should be proud to have in their collection.
https://wormwitch.bandcamp.com/