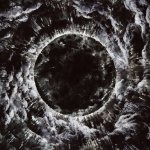 The Ominous Circle – Appalling Ascension
Completely brutal. Completely unrelenting. Portugal’s The Ominous Circle unleashed a hellish torment of death metal blasphemy back in January through one of our favorite labels, 20 Buck Spin. Combining a hammer-to-the-face approach with malevolent ambiance, The Ominous Circle have started off the year by laying down the gauntlet. Roughly a month into 2017 and we already have a death metal record that all other bands of this ilk will need to live up to. Sheer, unadulterated mayhem of the finest quality.
http://listen.20buckspin.com/album/appalling-ascension 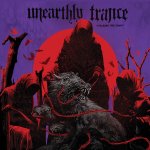 Unearthly Trance – Stalking The Ghost
It has been seven long and tedious years since New York’s Unearthly Trance blanketed listeners in hail of sludgy doom. They return fully armed to the teeth with an arsenal of riffs and rumblings that could rattle the Earth to its core. Running the gamut from molasses-like dirges to rhythmic undulations, Stalking The Ghost is an album which sees Unearthly Trance stretch their wings a bit in order to soar a little higher so they can ultimately dive even deeper into the pool of combined influences. This is an album full of conjurations and sonic seances, a soundtrack to a whole museum’s worth of morbid curiosities. Somewhere in the darkened void between doom and occult rock this album exists solely on the blood of the non-believers.
https://unearthlytrance.bandcamp.com/ 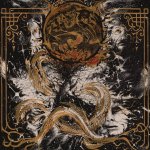 King Woman – Created in the Image of Suffering
There were very, very few albums which I was personally looking forward to in 2017 more than this one. In 2014, San Fransisco’s King Woman unleashed their massively powerful and captivating Doubt EP. Like a lighthouse keeper waiting for a lost ship to return to shore, I diligently waited and watched the stars for signs that another release was on its way. With their Relapse Records debut now in hand, King Woman are ready to claim both the dark ambient and esoteric doom thrones which are rightfully theirs. Created in the Image of Suffering is a masterwork of bombastic yet ethereal heaviness that both mesmerizes and dismays anyone willing to take it on. If suffering really was the image by which this album was created, then King Woman hide nothing in their artwork and their brushes drip with paint as black as the icy void where depression exists. Vocalist Kristina Esfandiari emits an ambient smokiness for most of the album and seemingly glides across a vast soundscape equal parts beauty and despair. Nothing this heavy and this dark should feel this beautiful, yet it does, and the end result is an album that can leave you emotionally drained in the best way possible. They say misery loves company. I’ll be keeping company with this album for the foreseeable future.
https://kingwoman.bandcamp.com/album/created-in-the-image-of-suffering 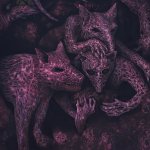 Lorn – Arrayed Claws
Another in a long line of apocalyptic horses bounding out of the I, Voidhanger Records stable comes from Italian trio, Lorn. Arrayed Claws is the EP follow up to their 2013 full-length, but clocking in at almost 40 minutes in length Lorn spares virtually nothing. Lorn delivers five tracks of snarling, sneering black metal occasionally cut with lush, ambient interludes. They are able to take the raw, gritty black metal of the famed second wave and stretch and bend it to their will, often times dragging riffs and entire passages into trance-inducing territory. The whole affair feels slightly off-kilter throughout and downright disorienting at times. This is a sinister album, and if this serpent were allowed to whisper in your ear long enough no good could come of it.
https://i-voidhangerrecords.bandcamp.com/album/arrayed-claws