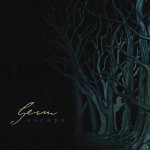 Germ – Escape
Australia’s Germ are the newest end vision of metal vet, Tim Yatras. While the ‘blackened shoegaze’ bandwagon seems to be getting a little overcrowded with a bunch of bands going through the motions, Germ have always been a step or ten above the pretenders throughout their somewhat brief career. Featuring tortured screams over top of progressive riffs and powerful atmospherics, Germ are not just an act trying to cash in on the next biggest metal fad. This is a style of black metal that truly falls into the ‘depressive’ side of the spectrum like a wayward soul plummeting to their demise.
https://germ-au.bandcamp.com/album/escape 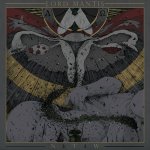 Lord Mantis – N.T.W.
There are very few bands over the last five or so years whose releases have elicited such anticipation for me as Lord Mantis. From the second I was unceremoniously tossed to the proverbial wolves and stumbled upon their debut I was hooked. Their version of extreme metal, which blends an unholy array of black metal, death metal, crust, and doom (among others) is, frankly, an abomination to all things holy – in the best way possible. Their newest EP, N.T.W. (Go ahead and look up what that stands for. You’ll likely be highly amused or repulsed, or a little of both.) comes after a somewhat public break up and restructuring of the band’s line-up. But even with new – and returning – members (including members of the now defunct and equally amazing Indian) Lord Mantis pick up right where they left off in making truly unsettling music that sounds as vicious and rabid as ever. The only complaint is the same one echoed in every other review: Only four songs will leave you desperately wanting more.
http://lordmantis.bandcamp.com/ 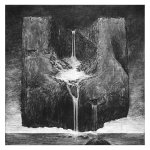 Zhrine – Unortheta
Iceland’s Zhrine site a wide array of influences that include the likes of Gorguts, Portal, Ulcerate, and Deathspell Omega among others. That’s a pretty good place to start when trying to accurately describe the brand of blackened, atmospheric, doom-laden death metal these guys deal in. Their newest album, Unortheta, is one of the most unique albums falling along the death metal pantheon you will likely wrap your ears and brain around this year. There have been a lot of great atmospheric death metal albums clawing up from the underground in the last couple years and you can add this one to the very top of the list. If all of those bands mentioned above made a musical orgy-baby then it might sound something like Zhrine. Fans of music that can be equal parts aggressive and emotive need to dig into this beast of an album, post haste.
http://zhrine.bandcamp.com/album/unortheta 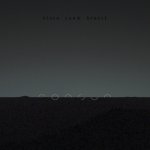 Nonsun – Black Snow Desert
Hailing from Ukraine, the two-man project known as Nonsun is less a metal band and more a truly fascinating experiment in drone/doom. Released all the way back in January, Black Snow Desert is a tantalizing lesson in ritualistic minimalism. Sparse soundscapes are woven together like a giant blanket created for the sole purpose of blotting out the sun. While not a traditional metal offering, Nonsun have gifted us an album that seethes heaviness in a very different way – through pure, ethereal magic. This album, more than almost any you’ll hear this year, is a listening experience where a dark room, some headphones, and a willingness to see the other side with the mind’s eye are essential.