In previous years I was very strict in my belief that any ‘best of’ list should be reserved for full-length albums. While, I maintained that rule for the three lists we already posted in 2020 – Connecticut albums, Metal albums, and Americana albums – the amount of stellar EPs I found myself gravitating to this past year made it apparent that I should show them some love as well. So for the first time we present a Metal Dad list of our top ten EPs in 2020 (specifically those of the non-metal variety). 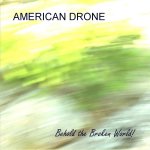 American Drone  – Behold The Broken World
Connecticut musician Chris Bousquet has been a prolific must-listen under the American Elm moniker for as long as anyone can remember at this point. In June Bousquet shifted gears and sat down with nothing but a pair of stick dulcimers, his voice, and his powerful words, and the end result was a release unique enough to the rest of his back catalogue for him to temporarily rename himself American Drone. Fans of the American Elm indie folk aesthetic will find a lot to love here and Bousquet’s trademark rasp is still wholly recognizable. It’s the perfect paired down album for those moments when you are searching for simpler times.
https://americanelm.bandcamp.com/album/behold-the-broken-world 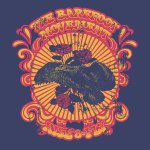 The Barefoot Movement – Rise and Fly
Nashville-based act The Barefoot Movement has been making positive waves across the bluegrass world for several years now. Their newest EP, dropped back in March, is a worthy addition to a discography that grows more impressive with time. Throwing elements of blues and alt country into the mix, Rise and Fly is sure to send some bluegrass purists running for the hills, but fans who are willing to expand their horizons even marginally are going to find an exceptional toe-tapping, head-bopping affair.
https://thebarefootmovement.bandcamp.com/album/rise-and-fly 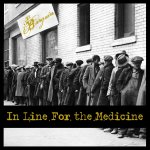 The Bargain – In Line For The Medicine
Easily the best new addition to the Connecticut music scene in 2020 was the formation of the trio known as The Bargain. Made up of Shandy Lawson (whose 2020 full-length album was an honorable mention in our CT year end list), one of CT’s most underrated guitar players, Muddy Rivers, and one of CT’s biggest musical treasures, Frank Critelli. The three of them came together and dropped their excellent debut EP in June, but it was their second EP of the year, November’s In Line For The Medicine that really saw these three hit their songwriting stride. Their brand of folk is as catchy as anything else out there and these four tunes will absolutely stick with you long after they’ve concluded. The best EPs always leaving you wanting more and this one certainly does.
https://thebargain.bandcamp.com/releases 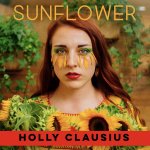 Holly Clausius – Sunflower
I have Bandcamp to thank for this one as it came up in my suggestions when trolling for new music to feature on our Wrong Side of the Tracks radio show. I was immediately taken by the songs on this record and found myself humming the opening track to myself hours later. After releasing a series of singles this is the debut EP from Toronto-based singer/songwriter Holly Clausius, and she clearly saved some of her best material for this release. These are powerful, often emotive pop-infused folk songs that grab the listener from note one and really don’t let go. Clausius is an artist for folk fans to keep an eye on for sure and I personally look forward to seeing what comes next.
https://hollyclausius.bandcamp.com/album/sunflower

Stefanie Clark Harris – Black Diamond
If you had asked me at the start of 2020 to name one Connecticut artist I’d like to have new music from over the next twelve months Stefanie Clark Harris would have been one name to quickly cross my lips. For years I’ve felt that Harris has been one of New Haven’s best kept secrets, but in September she pulled together an exceptional backing band – The Feverfew as they are called here – and dropped easily the best country release from my home state this year. Harris’ music waxes and wanes between pure country twang and more accessible forms of Americana, often channeling another famous country Harris in the process. To say this EP was worth the wait would be a drastic understatement. It would also not be an understatement from where I’m sitting to say that this EP has cemented Harris as one of the best Americana songwriters not only in the state but in the whole of New England.
https://stefanieclarkharrisandthefeverfew.bandcamp.com/album/black-diamond 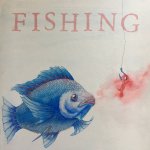 daniprobably – Fishing
I was pretty broken up over the dissolving of Connecticut indie rock act Quiet Giant a few years back. At the time of their final release they were easily one of my favorite local acts going. Thankfully former Quiet Giant mastermind Danielle Capalbo has been dropping a fairly steady stream of solo material for a handful of years now. The newest EP under the daniprobably moniker may be the best release yet. Fishing is a discordant, at times combative, indie rock release that is as catchy as it is angular in its songwriting approach. Capalbo’s voice is as powerful and captivating as ever, and the songwriting here remains interesting even after multiple listens.
https://daniprobably.bandcamp.com/album/fishing-2 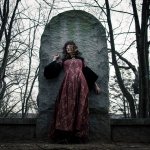 Ghostwoods – Faded Silent Films
Possibly the easiest way to grab my attention is to name your band after a Twin Peaks reference. Beyond referencing the greatest series of all-time, to hold my attention you’ve got to write music that I’m going to want to come back to on multiple occasions. In this sense Connecticut’s Ghostwoods checks all the boxes. Faded Silent Films is filled with jangly hooks and enough indie rock aesthetics for any hipster to fawn over, but its also built on a foundation of old school, ’90s emo songwriting that us scene curmudgeons can get behind as well. This is one release that has grown on me more and more with every listen and I really hope to hear more from this band sooner rather than later.
https://ghostwoods.bandcamp.com/album/faded-silent-films 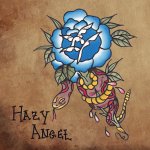 Katie Mae & The Lubrication – Hazy Angel
This is another EP where I have Bandcamp to thank. Few artists came out of nowhere to knock me down the way Phoenix based act Katie Mae & The Lubrication did. (The greatest name ever for a backing band? It’s certainly up for discussion.) Taking cues from alt country, folk, and the blues, Hazy Angel is the perfect amalgamation of the three. While Katie Mae’s vocals soar – one of my favorite voices of 2020 – the rest of the band is laying down dusty landscapes for her to float over. Despite its October release date it immediately felt like the perfect windows down, summer drive to nowhere music. I look forward to making that so at some point in 2021.
https://katiemaeandthelubrication.bandcamp.com/

Kevin MF King – Riots Plague Tolls
Multi-instrumentalist/songwriter Kevin MF King has had a winding, interesting musical career that has taken him from the hardcore/punk underbelly of Connecticut to the West Coast and back. Along the way he’s consistently dropped nuggets of interesting and memorable music. Riots Plague Tolls was one of his best releases in an increasingly prolific catalogue. It’s a smorgasbord of influences from folk and psychedelia to indie rock and more. It’s the type of release that keeps you guessing at every turn and one that you’re bound to discover some nuance of you never noticed before with each listen.
https://kevinmfking1.bandcamp.com/album/riots-plague-tolls

Savannah King – Moab
One of my absolute favorite singer/songwriters in the world today is Savannah King. Her 2019 album Cliffrose was simply masterful and easily one of my favorite records of that year. King followed it up earlier this year with the three-song EP Moab. Blending indie folk and Americana with pop aesthetics, King is able to make music that’s equal parts twangy and polished. These songs, much like the rest of her catalogue, are exceptional and fans of any of the above genres will find something to love here.
https://www.savannahkingmusic.com/