We continue our look at this past decade of CT music with a dive into 2011. Honestly, I don’t remember a lot about 2011. I had to look up what major world events went down. (I remember where I was when they announced Bin Laden was dead. I was watching a Phillies game.) I do remember it being a strong year in CT music, especially for the fringe genres. Two of my favorite recent metal recordings were released and the indie rock scene kept it weird in the best way possible.

Once again a reminder that this exercise is not a ‘best of’ list. Just one person’s fond thoughts on some records that made lasting impressions.

1974 – 1974 & The Battle For the Lazer Fortress
The debut album from one of Connecticut’s most progressive and innovative rock bands. I had no idea who this band was when I first heard this, no pin I could stick into any mental map and I can remember constantly checking to make sure they were actually from CT. This album could drop the proverbial hammer and was filled with meaty riffs, but at the same time there were so many catchy moments and the radio-friendly content throughout made it accessible to pretty much anyone who grew up on their parents arena rock record collection. Sing-a-long parts, super clean vocals, and piano/synths were all pervasive. Plus this was a sci-fi concept record. I mean, who the hell writes a sci-fi concept record with a 15+ minute “overture” to open the album on their first time out of the studio? I’ll tell you who, a band who is not afraid to take chances and see their initial vision right through to the end. Still a special record that elicits the same smile I wore the first time I heard it.
https://1974.bandcamp.com/album/1974-the-battle-for-the-lazer-fortress

Curse The Son – Klonopain
I love me some old school, traditional doom metal. There’s something about the direct lineage of early Black Sabbath that somehow simultaneously soothes my soul and yet fires me way up. Maybe it’s the nasty, sludgy riffs or the pummeling rhythm sections. Whatever it is I’m a sucker for it and there’s arguably no band that has come of out Connecticut in the last decade as good at it as Curse The Son. Their full-length debut was one of the first albums released in 2011 and set the tone for the rest of the year. Pretty much every other heavy band in the area now had a benchmark to live up to. Fans of the Sabbath, Witchfinder General, Trouble, Saint Vitus style of doom metal should absolutely make a pit stop with this record at some point on their musical journey.
https://cursetheson.bandcamp.com/album/klonopain

Elison Jackson – Spectral Evidence
I distinctly remember another artist turning to me at one point just after an interview and saying, “Have you heard Elison Jackson?” When I said I had not they gave me a look like I was about to be inducted into a secret society and simply replied, “They’re great.” This was, in fact, a true statement. There’s something so 1960s folk rock about the debut from Elison Jackson that I, upon first listen, could close my eyes and picture a winter scene on a snowy New York City street a la the Freewheelin’ Bob Dylan album cover. These guys, led by the creative genius of Sam Perduta, would flesh out their sound over multiple brilliant albums and move farther away from their original folksy roots but that doesn’t detract from how captivating this record still sounds. Fun fact: “Tragic Actress” was one of my favorite songs from 2011 (and is still one of my favorites from their catalogue). I once asked Elison Jackson to perform as part of a taping of my TV show, Live & Local, at The Wadsworth Atheneum in Hartford. I’m pretty positive that upon invite I requested they play “Tragic Actress” during their set because I was that obsessed.
https://elisonjackson.bandcamp.com/album/spectral-evidence 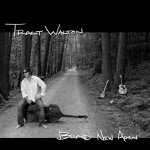 Tracy Walton – Brand New Again
Now known as one half of the excellent duo, Belle of the Fall, in 2011 Tracy Walton was embarking on his debut solo record. I remember having a sit down conversation with him after the release of his second record and him telling me he didn’t want to be known as a country artist. I could respect that, except this is absolutely a country record at its core and it’s a phenomenal one at that. (Tracy, if you read this, just own it.) I’m teasing a bit here but in all honesty if you’re a country fan you could do a hell of a lot worse than this record. Yes, folk, rock, and pop elements are present throughout, but even the album’s cover has Tracy sitting on the cusp of some wooded back road. (Metaphor for what you’re about to listen to? Sure was from where I was sitting in 2011.) However you want to classify it, this record is filled with appealing numbers and it’s fun to revisit an important point in the evolution of an artist who has spent a ton of time playing music in CT.
https://tracywalton.bandcamp.com/album/brand-new-again 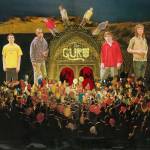 The Guru – Native Sun
Holy crap was this band popular at the time of their debut release. I watched them for the first time at something called B.O.M.B. Fest (which stood for Bring Our Music Back apparently) and was blown away at how musically mature this bunch of teenagers was. I immediately booked them for the first ever episode of Live & Local at Arch Street Tavern in Hartford and they easily brought pretty much the entire crowd with them. I also watched them perform the following year at the Meriden Daffodil Fest and right before they went on stage this gaggle of about 75 high school aged kids just emerged out of nowhere like a bunch of jolly orcs and just took over the entire area in front of the stage. It was easy to hear why though. This record is filled with highly poppy and danceable indie rock unlike almost anything else on the local scene at that time. These songs stick with you long after the record stops spinning. I was convinced this band was going to explode, sign to a big label, and tour the world. There were a whole bunch of factors that would lead to this band’s eventual implosion, 99% of which I don’t feel I have enough accurate info to speak on here. All I know is I’ll always have some great memories from a great band.
https://theguru.bandcamp.com/album/native-sun

The Morning On Fire – The Morning On Fire
I’m going to go on record now and say that this was one of the most underrated bands in CT in the first half of this decade. This record and the follow-up EP were especially stellar. Post rock, indie rock, and even bits of hardcore and old school emo crashed together to form a tidal wave of great music. They could be heavy and dangerous (including some beautifully tortured screams), they could be emotive and thoughtful. The Morning On Fire was the type of band who could fit on just about any bill and no one would bat an eyelash. In the grand scheme of things these guys were a somewhat short-lived project (pretty sure they called it quits in 2014) but I’d be willing to bet that a reunion show would fill just about any room in the state. Can we make that happen, please and thank you.
https://tmof.bandcamp.com/album/the-morning-on-fire

Fake Babies – We Started Blues
In all my years working with the local music scene there are few bands that have been as unique in everything they do as New Haven’s Fake Babies. Still, to this day, I have no frigging clue how you would accurately classify their music. There were elements of indie rock, psych rock, hip-hop, R&B, electronica, and pop. Which, on paper, sounds like an utter train wreck but they somehow made it work to perfection. I loved seeing these guys in the live setting too. There was a distinct delineation between those people who were fascinated by what they were hearing, and those people who were annoyed/frightened by it. (Also I’m pretty sure Arch Street Tavern is still cleaning up gold glitter from the first set I invited them to play there.) Another band that came and went way too quickly and was way underappreciated while they were still active.
https://fakebabies.bandcamp.com/album/we-started-blues

M.T. Bearington – Love Buttons
I believe it was Eric Danton, writing at the time for the Hartford Courant, who called this the best CT record of the year. Was it? I can’t tell you that, but I sure as hell can tell you this record was genius. Easily one of the most memorable albums to come out of Connecticut in this decade. The musicians who played on this record would go on to play on about a dozen other records that will show up on this site soon enough. So when I tell you this was, collectively, one of the most talented group of musicians to get together you can use that as proof positive. While you’d classify this record as indie rock and not hurt anyone’s musical sensibilities, that would also be a brutally over-simplistic way to describe it. Not sure why there are only four tracks to this masterwork living on their Bandcamp page right now but that should give you a good taste of how eclectic their sound could be.
https://mtbearington.bandcamp.com/album/love-buttons

EULA – Maurice Narcisse
There really must have been some magical indie rock potion permeating the water in New Haven, CT around this time. EULA were a fierce and powerful three-piece who packed an addictive punch. While louder and more discordant than most of their indie rock brethren, this band still had hooks for days. Still my favorite release from a pretty impressive catalogue, this album sounds as fresh as it did eight years ago. Although they would eventually do the cliche thing and move to Brooklyn, EULA’s mark on the local indie rock scene is still felt today and this album is a huge reason why.
https://eula.bandcamp.com/album/maurice-narcisse 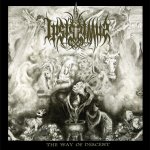 Ipsissimus – The Way of Descent
Still, to this day, one of my favorite metal records to ever come out of CT. I thought enough of it to call it one of the 666 most essential metal albums of all-time. The fact that these guys had signed to one of the biggest and best indie metal labels ever – Metal Blade Records – was fascinating. Unfortunately it was only fascinating for us fans, and apparently not such a great experience for the band themselves. Nonetheless, for a band from CT playing obscure and wholly blasphemous black metal to get a record deal and see their album distributed worldwide will always be awesome in my book. This is hands down the most extreme and heaviest record on this list and unless you like your metal the same way you like your cats and coffee (that is to say black) you are probably going to do that cringe-face thing that I love seeing non-metal fans do when they hear a record like this for the first time.
https://www.youtube.com/watch?v=d1qXDojOlkQ

The Field Recordings – The Elastic Nostalgia
Fairfield County’s The Field Recordings specialized in jangly, post-punk influenced indie rock that was both progressive and a call back to many of their ’70s and ’80s influences. I didn’t know much about this band when I first heard this record and frankly I still don’t know if I know anything else about them all these years later. I’m fairly positive this was their last release before splintering into different projects (or leaving the local scene altogether). Another band that was highly underappreciated at the time and should have had more ears on them. “We Will Become Strangers Faster Now” was another one of my absolute favorite songs from that year.
https://open.spotify.com/album/4VNpjLLVxZ7nRoMtSC9NIf