Our (not so) monthly look into the non-metal albums that we’ve been loving on. 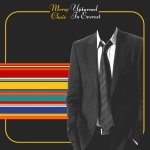 Mercy Choir – Upturned In Everest
Long-running and highly prolific Connecticut act, Mercy Choir, returns with another jewel for the ever-growing indie rock crown that mastermind Paul Belbusti continually crafts. Belbusti has been writing intriguing and memorable music for longer than most of us can remember, and this current decade has been especially kind to Mercy Choir fans with some of Belbusti’s best work seeing the light of day. However, with newest full-length, Upturned In Everest, Belbusti may have truly outdone himself. From the outset, the smooth and earthy vibe of album opener “Mockingbird” sets a warm tone that Belbusti stretches and expands into both experimental and more traditional territory. While there are tracks like “Needles and Vinegar” that hearken back to Belbusti’s more orthodox indie folk roots, there are plenty of examples to be found where Belbusti took that indie folk paradigm, smashed it into a thousand pieces and then put it back together as he saw fit. (“Dance In Love” and “Wash Away” being perfect examples. There are nuances here and bits of soulful subtlety that may get lost in today’s ‘grab-and go’ style of music consumption but the impression here is that Belbusti doesn’t care, and nor should he. Often times when an artist has an extensive discography it’s difficult to label what’s “best” but with Upturned In Everest Blebusti has certainly given his fans pause to reflect.
https://mercychoir.bandcamp.com/album/upturned-in-everest 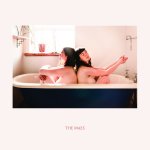 The Maes – The Maes
Australian act, The Maes, have dropped their first album since going from a trio to a duo (also changing their name from The Mae Trio). What hasn’t changed is their ability to write catchy, heartwarming, and remarkable folk music. Filled with absolutely delicious harmonies and a penchant for lyrics that connect on a very personal level, The Maes is an album that sticks with you long after the proverbial needle has lifted from the record. There’s a sort of down-homey aesthetic that engulfs the whole record, leaving the listener feeling like they’ve just spent ten tracks as a fly on several walls in a small town that feels all too familiar. It’s a great feeling to have. Several tracks, such as “Head Over Heels” and “Get Your Act Together”, feel like old friends that are always worth visiting, and album opener, “Treat You Better”, is absolutely chill-inducing with it’s powerful lyrics and equally powerful delivery. Fans of any music that exist on the more countrified side of the folk pantheon should find a lot to love with this album.
https://themaes.bandcamp.com/ 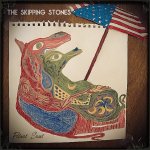 The Skipping Stones – Patriot Saint
There are bands that are influenced by the music of the past, and there are artists who live it. Connecticut guitar and fiddle duo known as The Skipping Stones are absolutely the latter. There are few artists today trying to keep alive the music from the first handful of decades in the previous millennium, (the first that comes to mind is The Carolina Chocolate Drops) but The Skipping Stones are here to help remind and/or educate everyone. Writing songs that feed back to a time when country, bluegrass, folk, and the blues were all this nebulous sonic mass that had more to do with an artist’s geographic location than anything else, The Skipping Stones take cues from all four genres and put their own seemingly timeless spin on them. The guitar/fiddle combination is an age-old one but especially played with aplomb here, and the vocals feel like two old souls swapping stories on the front porch. The whole thing has an almost ghostly feel to it, as if we’ve somehow stumbled upon some long lost recordings dating to before the first world war. Music historians and casual folk fans alike should grab a copy of this album post haste.
https://theskippingstones.bandcamp.com/releases 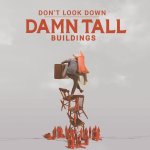 Damn Tall Buildings – Don’t Look Down
I’ll start with an anecdote. I was writing an article for another publication about the Podunk Bluegrass Festival that takes place here in Connecticut every August. While researching bands I stumbled across the brand new record from New York-by-way-of-Boston act, Damn Tall Buildings. I immediately liked what I heard and included them in that article as a ‘must see’ act. It wasn’t until I saw them first-hand at Podunk that everything seemingly fell into place for me. They were phenomenal. As entertaining as they were proficient, Damn Tall Buildings was easily the best band I saw that weekend. Going back afterwards and re-listening to Don’t Look Down only gave me a further appreciation for the tracks they were able to lay down. This is a band that takes the excitement and the virtuosity of their live sets and firmly plants it on record for the rest of us to marvel at. Bluegrass can be such a difficult genre to decipher one act from another at times (especially at a three-day festival), but Damn Tall Buildings do more than enough to separate themselves from the rest of the field. Mixing in elements of blues, folk, and even a little bit of old-time jazz, Damn Tall Buildings are the ideal act to cross the bridge between bluegrass novices and hardcore fans. Whatever music gods serendipitously brought these four pieces of a very talented musical puzzle together in Boston need to be thanked over and over again because we are all better off for it.
https://damntallbuildings.bandcamp.com/