Our pseudo-monthly look at some metal albums worth putting in your album rotation post haste. 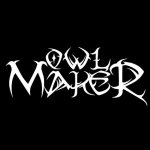 Owl Maker – Paths of the Slain
Personally speaking, one of my most-anticipated releases of 2018 comes from my own backyard in the form of the debut EP from three-piece stoner metal outfit Owl Maker. Frankly, trying to attach even the broadest of genre terms to this release is a slight leap of faith. While all the trimmings and trappings of stoner rock and first wave doom metal are present, by no means does this band confine themselves to some sort of sonic box. Whether it’s the bludgeoning thrash elements present throughout, the progressive leanings of a track like “Mashiara” or the melodic death metal that shares the forefront on the track “Witches”, Owl Maker are quick to point out just how varied their influences really are. Yet they are continually at their best when the riffs and hooks are allowed to soar in the way that only great stoner rock/traditional doom metal can. This is as promising a debut as you will find for an outfit that’s only been together for about two years in total. I have a feeling the best is still yet to come and we should all feel luckier to be able to watch it unfold.
http://thesludgelord.blogspot.com/2018/01/track-premiere-owl-maker-deliver-high.html 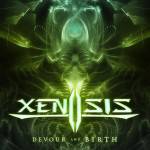 Xenosis – Devour and Birth
I’ve espoused my love for my local metal scene on more than one occasion in this space and Connecticut is clearly delivering the goods early and often in 2018. The first great release of the year came from technical death metal vets, Xenosis. Having kicked around the scene for roughly a decade at this point, and with two previous releases under their belts, Xenosis have established themselves as one of the best and brightest metal acts that CT has to offer. Their brand of Death/Atheist/Pestilence inspired death metal is equal parts brutal and savvy, however don’t go looking for riffs and extra notes just for the sake of showing off some fret board histrionics. Everything about this record is as calculated as a mob hit, and equally as effective in delivering massive sums of destruction. While their first two albums were good in their own right, Devour and Birth showcases a band hitting their stride, and hitting it hard. Technically proficient, soundly written, expertly produced, and worth every second of time you’re willing to give it.
https://xenosis.bandcamp.com/ 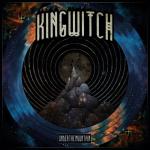 King Witch – Under The Mountain
There is nothing better than a band coming out of left field to deliver something something both wholly remarkable and memorable. I’ll be the first to admit out loud that I completely missed out on the debut EP from Scotland’s King Witch. Thankfully their full-length debut found its way to me through the ether and my ear holes couldn’t be more grateful. Hearkening back to the glory days of traditional doom metal, when bands like Trouble and Candlemass stalked the metal landscape like lumbering, prowling beasts, and mixing in enough rock n’ roll chops to set arenas on fire, King Witch have managed to cull together all that is good and unholy from a wide swath of the metal pantheon. While driving rockers like “Carnal Sacrifice” could have easily found their way onto rock radio stations (if any real rock radio stations actually still existed), King Witch truly spread their majestic wings when channeling their more doom-laden side. It’s tracks like “Solitary” and “Approaching The End” where vocalist, Laura Donnelly, is allowed to really paint vivid pictures over top of a massive, vibrant sonic canvas. When it’s all said and done do not be surprised when you see this album dotted all over various year-end lists. I know one already that it has permanently etched its name into.
https://listenable-records.bandcamp.com/album/under-the-mountain

ILSA – Corpse Fortress
If you looked up the term ‘criminally underrated’ on the interwebs you would probably, at some point, stumble upon D.C. based sludge/crust/death metal outfit ILSA. Having kicked around the bowels of the metal underground for roughly a decade now, their back catalog is as impressive for its quantity as it is its quality. Four full lengths, and splits with the likes of Hooded Menace, Seven Sisters of Sleep, and Coffins later, ILSA find themselves signed to one of metal’s indie giants, Relapse Records, and a fifth full-length in hand. Perhaps being signed to a label as large as Relapse will finally get this band their rotted just desserts, but in a perfect world it’s their brand of sludgy, crusty, horror-fueled death metal that will turn heads so far around they snap at the neck. ILSA has never been a band to mince anything except eardrums, and on Corpse Fortress they take their sound to even more pummeling depths. Calling this act a death metal band is really a misnomer of sorts. While some of their closest sonic cousins absolutely reside in the back of that genre’s closest, it’s their ability to incorporate everything from hardcore to doom to progressive elements, all swathed in eerie and often surreal atmospherics, that separate this band and this album from the pack. Latch on to this album while winter still has its icy death grip on half the world, and the nights are still longer than the days. You won’t regret it.
https://ilsa.bandcamp.com/album/corpse-fortress

Fu Manchu – Clone of the Universe
When you use the term ‘stoner rock’ there are few bands that should come to mind immediately, but probably none as quickly as California’s Fu Manchu. Let’s not mince words here, this is one of the bands to first perfect stoner rock and take it to the masses. Their influence is as wide-reaching as just about any other band that falls under the heavy music umbrella. Their back catalog is filled with classic releases that are essential listens and, frankly, they could still tour off those records and fans would be foolish to not continually line-up to take it all in. Yet, here we sit, over 30 years after the band first formed and Fu Manchu is once again serving up an album’s worth of truly brilliant stoner rock jams. While tracks like “Slower Than Light” and the monster, 18-minute album closer “Il Mostro Atomico” see the band successfully dancing and flirting with more ethereal elements, it’s still the rockers like album-opener “Intelligent Worship” that are probably going to butter the bread of longtime fans. One of the first truly great releases of 2018 and one that deserves as many repeated listens as you can muster.
https://fumanchuband.bandcamp.com/