Quiet Giant – You’re In Heaven
One of the most consistent and promising acts in the robust Connecticut music scene is New Haven’s Quiet Giant. Few in their scene would argue with that sentiment, but also few would have expected the five tracks Quiet Giant delivered in May. When a band drops a stunning debut, as they did with loom in 2015, it makes you take notice. When they take their entire sound, dissect it, rearrange it and come back with something equally compelling then it becomes damn near impossible to deny their collective musical prowess. While their debut full-length was a somewhat gloomy, yet overtly catchy affair, on You’re in Heaven, Quiet Giant have taken their penchant for pop hooks to new heights. The lyrical content is still as thought-provoking as ever, and a track like “What I Know” won’t be confused for anything bubble gum flavored, but Quiet Giant get downright dance-able at certain points and the hook in opener “Heaven” promises to latch on and simply not let go. It stands with immediate impact as the perfect blend between the brooding and the melodious.
http://quietgiantband.com/

Harvestman – Music For Megaliths
It would be only slight hyperbole to say that Steve Von Till has been carved into the metal genre’s proverbial Mt. Rushmore as part of seminal post-everything act, Neurosis. At the same time though Von Till has carved out his own niche as both a solo artist and under his equally impressive Harvestman moniker. Where his solo material often follows the basic structures and unwritten rules of the folk genre, Harvestman is where Von Till allows all of those beautifully epic Neurosis passages he helps pen to collide with his inner folkie. Vaguely falling under the neo-folk banner, Harvestman is a constant exercise in sonic meditation as Von Till allows each passage to stretch and bend to its own will. There are no forced or hurried retreats to ‘normalcy’ here and that’s just the way Von Till likes it as he deftly marries folk noir with droning, psychedelic aesthetics over and over again. No two Harvestman records are alike as each album seemingly explores a different parallel dimension that exists just outside of our reach. This album is no different. It’s a spacey odyssey that at times consoles and at others forces you gleefully outside of your comfort zone.
https://harvestman.bandcamp.com/ 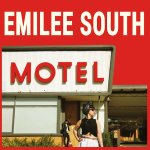 Emilee South – Motel
With a crooning, sassy edge and the backbeat to match, Australia’s Emilee South takes a flaming hot rod down the dusty trails blazed by various rock pioneers and owns each and every mile of the trip along the way. South, who runs in similar musical circles as this blog’s current favorite act, Broads, also takes the throwback aesthetics to interesting and unique places. The six tracks on this debut crisscross the early rock landscape from longing, bluesy numbers to toe-tapping rippers, with a whole lot of sensuality and danger peppering the entire thing. Much like that nondescript, namesake motel, there are secrets held here – the kind of deep secrets that could get a whole bunch of us trouble if the cat got out of the bag. Fans of rock and blues music that could raise the hairs on the back of your neck and/or get you sweaty should take heed. The key is in your hand and the door to your motel room is officially open.
https://emileesouth.bandcamp.com/

Balkun Brothers – Devil On TV
Few bands have spent as much time taking the Blues to wild and exotic places the way Connecticut’s Balkun Brothers have over the last five or so years. Combining seemingly all of the bastard children of the Blues – punk, funk, metal, hard rock, and just about everything else they can uncover –  into one massive, open-to-the-public party, the brothers Balkun can shred with the best of them. Never afraid to make their version of the Blues as heavy and aggressive as possible, Devil On TV seems to harness that power in a way previous albums didn’t (whether purposefully or otherwise). This is controlled chaos at its finest, but make no mistakes chaos still reigns as the Balkun Brothers aren’t afraid to crank it up to ’11’. There’s a very good reason why this duo has been named the “Best Blues” act on both a local and regional scale, and now armed with possibly their best release to date the sky’s the limit for this riff-dominated powerhouse. Fans of acts as varied as Stevie Ray Vaughan, Allman Bros., and Clutch will find a metric ton of awesome to latch on to here.
https://balkunbrothers.bandcamp.com/ 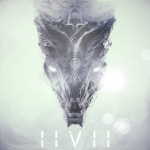 IIVII – Invasion
Composer and multi-instrumentalist, Josh Graham, returns with another slab of unadulterated, sonic mysticism in the form of the new full-length from his project, IIVII (pronounced “ivy”). Graham who cut his teeth as founding member for both A Storm of Light and Red Sparowes, takes everything exotic and esoteric about those acts and runs it all through a psychedelic filter to form the glistening sonic landscapes of IIVII. While the debut album, Colony, was a solid affair, the two years that have passed since have been good to Graham from a songwriting standpoint as Invasion takes the moody science-fiction soundtrack of its predecessor to invigorating heights. As one would probably come to assume there is an element of pervasive darkness on this album. While never truly plunging the listener into some sort of icy, hellish nightmare, Invasion is an album that has the penchant for taking you right to the brink. It’s an album one could meditate to, yet at certain points feels like something that would be right at home in the most bizarre sequences of David Lynch’s newest mind-fuck that is Season 3 of Twin Peaks.