The older you get the harder it is to fathom how fast time seemingly moves. When I look back at all the amazing metal albums released in 1996 I have a hard time comprehending that they are each celebrating their silver anniversary this year. Yet here we sit. Twenty-five years ago I was putting in … END_OF_DOCUMENT_TOKEN_TO_BE_REPLACED

25 Years Later is a series of posts examining classic metal albums during their Silver Anniversary. Today we look at the death-doom classic, Gothic, from England’s Paradise Lost. By 1991 death metal was in full swing. A look at the list of death metal acts that put out albums that year reads like a who’s … END_OF_DOCUMENT_TOKEN_TO_BE_REPLACED 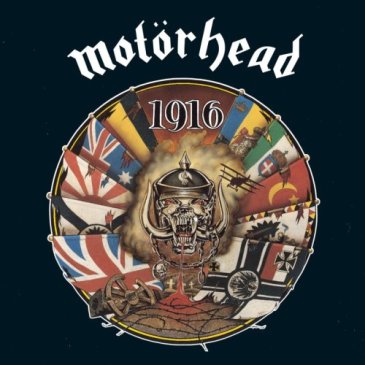 25 Years Later is a new series of posts where we take a look how some of my personal favorite albums have stood the test of time as they celebrate their Silver Anniversary. First up, one of the first great records to come out in 1991 – Motörhead’s 1916. It’s fitting in so many ways … END_OF_DOCUMENT_TOKEN_TO_BE_REPLACED